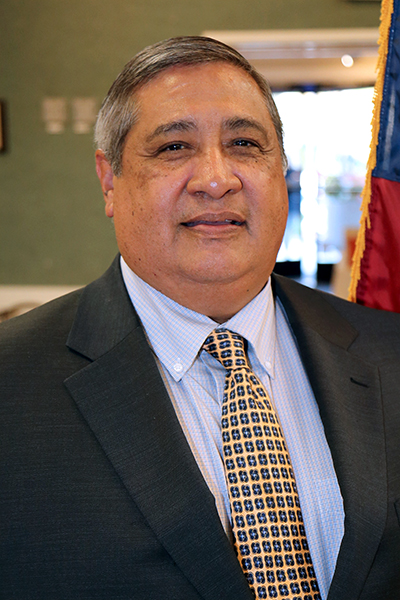 Oscar Garza was born March 26, 1961, in San Angelo, Texas. He is the oldest of 4 children.  His family moved to California at age 6, and after graduating from high school, he went to college where he earned a bachelor’s degree in accounting and a master’s degree in business administration.  He went to work for a small accounting firm.  He later went to work for the County of Orange, where he retired after 30 years at the age of 57.  He has 2 children Andrew 29 and Alyssa 24.

Oscar joined the Orange Elks Lodge in September of 2008 after being a guest with his sponsor Councilman Chip Monaco.  He was very impressed by the Barney Rodriguez and his hospitality.  He served as Exalted Ruler in 2011-2012 and was Chairman of the Board of Trustees in 2018-2019.  Oscar served as the Auditor for 5 District Deputy Grand Exalted Rulers, R.C. “Stoney” Bourke, David Neal York, Scott Stephens, Jim Anderson and JackieLynn DeFries.

On July 6th, at the Elks Grand Lodge convention, in Atlanta, he was sworn in as the District Deputy Grand Exalted Ruler for the Orange Coast District.  His motto is “Back to Basics for Elkdom.”